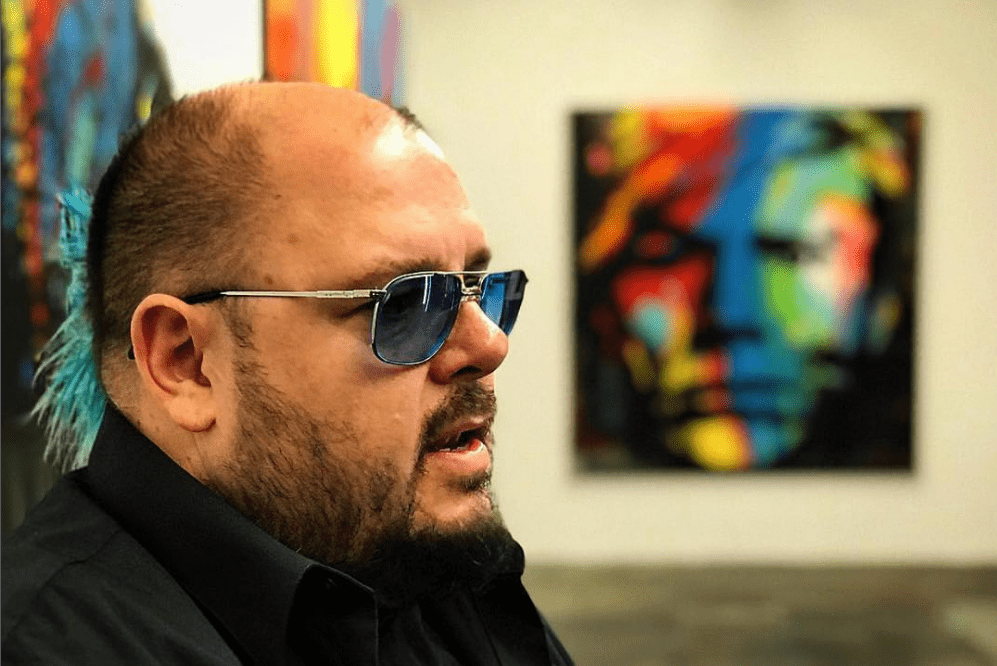 “Every action begins with a thought and what you’re seeing is the wake of my thoughts in a physical form. This is the definition of art to me” -Rolland Berry

My name is Rolland Berry. I am a contemporary artist residing in Los Angeles, California, whose work bridges the gap between fine art, pop art, and graffiti. Raised in the small farm town of Birdtown, Arkansas, Rolland’s family moved to Los Angeles in 1990 for his high school years. After which, I were awarded sequential scholarships to Otis College of Art and Design and Pasadena Art Center, where he attended both before dropping out. It was then that I translated his artistic skills into clothing and began selling to domestic and international boutiques, and high end retailers like Barney’s, Fred Segal, and Ron Herman. I continued to expand his retail distribution entering mass retailers such as Forever 21 and Urban Outfitters, as well as collaborating with brands such as Reebok, Obey and PF Flyers. My intense works are immediately recognizable whether it’s art, clothing, or mixed media. As an artist, Rolland jumps from free large murals and pop icon portraits to smaller works on paper, silk-screening, aerosol and hand painting. Whether inspired by color, history, modern culture, or spirituality, I have built myself a brilliant identity using powerful elements such as bold collages and unique color concepts which are always guided by his own rules and sense of style.

I want to talk about the path of the artist , many times creativity chooses us we don’t choose it. There is a universe of creativity waiting for all of us to tap into. THIS IS WHERE IT GETS HARD , I BELIEVE SIMULTANEOUSLY WE CREATE PARTAL REALITY ( CO-CREATE ) AS WELL AS EXPERIENCING REALITY WE DIDNT CREATE AND ITS JUST PART OF THE “ Feild of REALITY “ I know in my bones that the universe will reset itself and you have to be ok with the reset. There are always multiple doors or windows of opportunity you just have to willing to step through. This is where the fear comes in fear of loss fear of change fear of not making out alive.. create those doors and open them fearlessly and find a new path…this doesn’t mean everything behind you is gone it means you bring the best pieces with you on your new adventure.

Dropshipping for Beginners: What Is It & How to Start Today? 

What is my life!

This is my new toy , F16 ! Fighter Falcon ！#SUPPORTUkraine